Fifteen: Thoughts From a Teen Who Has Barely Lived

Fifteen-years-old is an uncomfortable age. It is the golden era of raging teenage hormones, cluelessness of your peers, and superficial knowledge for the sake of an advanced placement class. Education and life itself always seem like a lie, or so says the existential crisis one at this age can be subjected to. However, while I…

Fifteen-years-old is an uncomfortable age. It is the golden era of raging teenage hormones, cluelessness of your peers, and superficial knowledge for the sake of an advanced placement class. Education and life itself always seem like a lie, or so says the existential crisis one at this age can be subjected to.

However, while I attempt to function at this tender age, I have discovered that one thing has not once lied to me.

The lingua franca, the tongue of all mankind.

Fifteen was the age of my Vietnamese immigrant parents at the time of their journey across the precarious South China Sea. The vastness of the ship, the insignificance of its barely-living passengers, and the looming shadow of Communism only seemed more palpable when retold in my grandparents’ heavy Vietnamese accent.

After weathering the perils of their escape, my parents became dedicated students, hindered only by the difficulty of the English language. My father left behind his beloved pet rooster in Vietnam, only taking with him the clothes on his back and his ever-present confidence. As an immigrant teenager struggling to assimilate, his bravado was inevitably crushed when he completely forgot how to spell “coffee” in front of his class.

In contrast, I grew up alongside my impressive collection of Berenstain Bears books and the courage to ask for fortune cookies at my local Chinese restaurant.  The mango trees that surrounded my father’s hometown were replaced by monkey bars that I, too, so fearlessly scaled. Keeping their language barrier struggles in mind, my parents raised me to speak solely English to better prepare me for the endeavors of public education.

However, this decision expanded to more than academic excellence.  English was not only my first language, but the mental teddy bear I held at night.  My nightmares could only be cured by perusing the Hogwarts halls with Harry Potter, even if my bedtime had long passed.  I filled up journals as soon as I could hold a pencil. I was fascinated by the fact that I could spell “then” with an “a” and change the meaning.  A particularly less-than-proud moment of mine was when I took my father’s expensive leather paperweight and repeatedly inscribed the alphabet on it in my five-year-old scrawl.

Embracing the language that was not of my homeland, but of my parents’ new beginning, was the stimulant of my identity. It is an identity that is fifteen years in the making, and one that continues to evolve.

Contrary to my tendency to diverge from the paths of my parents, I was perfectly content with mirroring my father’s career for the first thirteen years of my life.  An accomplished allergist and immunologist, he often whisked me away to his Arcadia office. I was a frequenter of the cafeteria downstairs, enthused by the crispy chicken wings the hospital served on Thursdays.  I dedicated myself to the task of memorizing each of the front office assistants’ names, convinced that I would someday have a team of medical practitioners working in an office of my own. The sight that moved me the most was his permanently-filled waiting room; it amazed me that so many patients were beside themselves to receive his “touch of God”.

My dad’s office, a snapshot of my childhood in Arcadia, Calif. (Photo courtesy of Ivy V., Yelp)

During this time, I regularly perused the Internet in an attempt to plan out my life. I specifically remember selecting the biological sciences major of one of my local colleges and inputting my search: “English courses.”

Most of all, I remember resolutely trying to ignore my stomach sinking as I stared at the fairly empty screen.

Nonetheless, I continued to pursue a career in medicine. Inspired by what I had witnessed in his office, I aspired to someday emulate the kindness and intelligence that accompanied the responsibility of wearing a white coat. All throughout middle school, I allowed blind ambition to overshadow the foundations on which I grew up.

High school was the turning point that pulled the rug from underneath my feet.  Hesitant with my class choices of AP Human Geography and English 1 Honors, I took the classes with a skeptical mind.

As in most cases, though, my true self caught up to me.

Human Geography became the place where I could attempt to fix the world, the intense gaze of my teacher serving as a silent undertone of officialness. English class was where I volunteered obscure themes for the simplest of stories, typing strings of words on a laptop keyboard to form a cohesive analysis.  While I wrestled with a calculator and called myself an anomaly for being “the Asian kid who sucks at math,” I joyously threw verbal thesauruses into my arguments for the mere fun of it.

In the middle of an intense debate regarding globalization, I remember blankly staring at my presentation for a brief second.

The points that were tailored to throw my opponent off, the notes I held in my shaking hand — I took it all in.

With the English language rolling off my tongue, no sign of the Vietnamese accent my parents once carried, came an epiphany.

I, a mere 15-year-old filled with determination, contradictions, and a little too much hope, did not express any remote interest in studying science.

As a person with a familial background in biology and secondhand English, I ironically decided to engage a new pursuit:  a career in corporate law.

Determined to make my spark burn brighter, I scoured my surroundings for opportunities. To my parents’ shock and ultimate amusement, I bettered my friendship with English through writing emails to lawyers and marketing firm CEOs alike.

Before my mother knew it, she was watching me put on a pantsuit for the first time and take on Comcast’s legal building by storm. Biology far from my mind, I strapped on my heels for an internship interview, telling myself that I could talk my way into the job in a whirlwind of brash confidence. 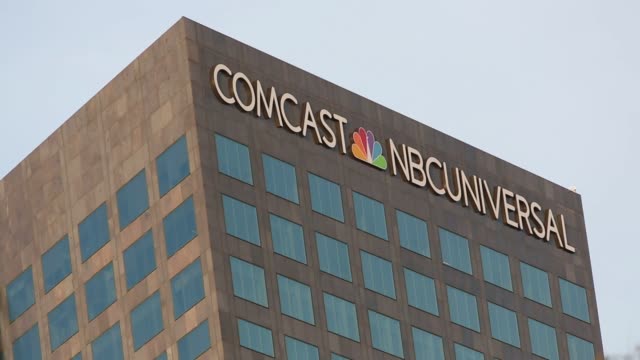 Over a generation, pet roosters have been replaced by beta fish, the sprawling Asian countryside by a Californian suburbia, a misspelling of the word “coffee” for a barely-teenage girl with a love for telling stories.

The world my parents came from is a far cry from the world I was born into, but a key similarity bridges the generational gap.

Fifteen-year-olds, no matter how resourceful or adventurous, know very little about life. I, an equally naive adolescent, am no exception to this fact — I have doubts, aspirations, and beliefs based upon my minimal exposure to the world. I constantly aim to find the truth, my track history of living a lie being something I choose to ignore.

Whether it be while disembarking from an escape ship or entering a law firm for the first time, 15-year-olds need a hand to hold.

Thus, I am so glad English held mine.

by katewrites42 | Arts and Entertainment, Features

While other students were typing up their essays, a then thirteen-year-old Ariana Hoshino was bent over a stop motion animation of "Flowers for Algernon". With her mom’s old still-life camera, Hoshino was coaxing movement out of still images and stories out of clay. ...

The place of South Asians in American history

Growing up in America, textbooks never included the role of Asians in American history. The contributions of South Asian culture have become so intertwined with America that they go unacknowledged with examples like ayurvedic practices, including cleanses, medicine,...

Opinion: Why you should spend your next summer on a college campus

Quick….close your eyes and think about summer. What pops into your mind? Visions of tropical beaches and aquarium blue water? Lying on the couch with your favorite book or video game? Perhaps a pool full of flamingo inflatables and an afternoon with friends? Well,...

Opinion: Surprising or disappointing? Evaluating the Chargers season and previewing the offseason