The Supreme Court through the ages

Looking back at recent history, certain American presidents have left bigger legacies than others and left varying degrees of permanent impact on our country. Something not often considered, however, is the legacy each president leaves in regards to the Supreme Court. The Supreme Court has power not only in upholding policy, but also in regards…

Looking back at recent history, certain American presidents have left bigger legacies than others and left varying degrees of permanent impact on our country. Something not often considered, however, is the legacy each president leaves in regards to the Supreme Court. The Supreme Court has power not only in upholding policy, but also in regards to most issues we consider prevalent in society.

With a single confirmation, a president can shape the United States for decades. Some presidents that would otherwise be considered insignificant, when instead considered in the context of the court, are actually the opposite (and vice versa). In this article, I’ll explore the courts in respect to presidents, the changing makeup of the court over time and the most significant justices.

He graduated from Columbia Law School and spent a total of 17 years on the court in total. Before being on the Supreme Court, he was a Republican presidential candidate and Secretary of State twice. In order to run for president, he had to take a leave from the court, so he was on the bench at two separate times. The second time he was the Chief Justice. He was chief justice in their time of New Deal legislation. Therefore, he also successfully fought and lobbied against Franklin D. Roosevelt’s attempt to pack the court. While on the court, he provided a balance between conservative and liberals. Still, he was a progressive. One of his most well-known written opinions was for Bailey v. Alabama (1911). Overall, many consider him a “game changer”.

He attended the University of California Berkeley School of Law. He is known for expanding the powers of the Supreme Court and making it more equal in power to Congress and the Presidency. Before being a justice, he was the Governor of California. Once on the bench as a chief justice, he is known for being a strong leader to the other members. He didn’t believe that the court should defer to the opinions of the other branches and followed the principle of judicial activism. He has a lasting legacy in the court because of authoring the majority opinions for Brown v. Board of Education (1954), Gideon v. Wainwright (1963), Reynolds v. Sims (1964), and Miranda v. Arizona (1966). Like Hughes, he is also considered a “game changer” and major influencer.

He attended Harvard Law School and sat on the bench for 35 years. On his time on the bench, he wrote some of the most important Warren Court decisions including Baker v. Carr (1962) and New York Times Co. v. Sullivan (1964). He was overall a liberal justice. He was pro-choice and was against the death penalty. With his rulings, he expanded civil liberties and was a strong believer in the Bill of Rights. After the end of the Warren Court, he lost his voting block and therefore some of his influence on the court, becoming a contrarian.

He attended Harvard Law School and sat on the bench for 30 years. His main judicial philosophy was a belief in common law, or that justices should decide a ruling based on the context of a changing and modern society. His written opinions and dissents are widely cited. He wrote the majority opinion on a wide range of topics, yet he is better known for his dissents. He is even referred to as “The Great Dissenter.” His written opinion for Schenck v. United States (1919) was widely influential, as was his dissent in Abrams v. United States (1919).

He attended the University of Alabama School of Law and sat on the bench for 34 years. He was a considered a visionary and beyond his time in many of his judicial philosophies. In particular, his belief in judicial restraint. He is widely regarded one of the first strict constitutionalists and textualists (or Originalists). He was a member of the Court during the New Deal court cases. Despite being a textualist, he generally supported liberal policies and civil liberties. The major exception to this was his written majority opinion in Korematsu v. United States (1944). His other well-known opinion was for Engel v. Vitale (1962).

He attended Harvard Law School and sat on the bench for 23 years. He was one of the most controversial justices of his time, yet was also regarded as one of the most brilliant. Before becoming a court justice, he was one of President Franklin D. Roosevelt’s closest advisors. While on the court, he was known as a master manipulator and influencer of other justices. He believed in judicial restraint and that the Supreme Court shouldn’t get involves with any political issues. In addition, he was a strong believer in federalism and usually didn’t think that the federal constitution should be applied to states.

He attended Stanford Law School and was a justice for 33 years. He was a conservative in his views and judicial philosophy. He was a supporter of state’s rights and a broad view of their power. He had a narrow view of the 14th Amendment and didn’t believe it should be extended in the way that it was. As a chief justice, he was known as fair. He was able to convince Congress to allow the Supreme Court to decide its own docket (choose the cases it hears). He supported Plessy v. Ferguson and was opposed to the ruling on Brown v. Board of Education. In addition, he adamantly opposed Roe v. Wade. One of his most well-known written opinions was for United States v. Lopez (1995).

He attended Columbia Law School and sat on the bench for 37 years. Appointed by Franklin D. Roosevelt, he was an adamant supporter of New Deal legislation and was a large supporter of civil liberties. In particular, he defended First Amendment rights. He was a Literalist in his interpretation, meaning he truly believed that Congress could make “no law” in regards to the First Amendment. He authored the opinion in Griswold v. Connecticut, which first introduced the right to privacy being guaranteed by the constitution. His dissent in Sierra Club v. Morton is well-known. 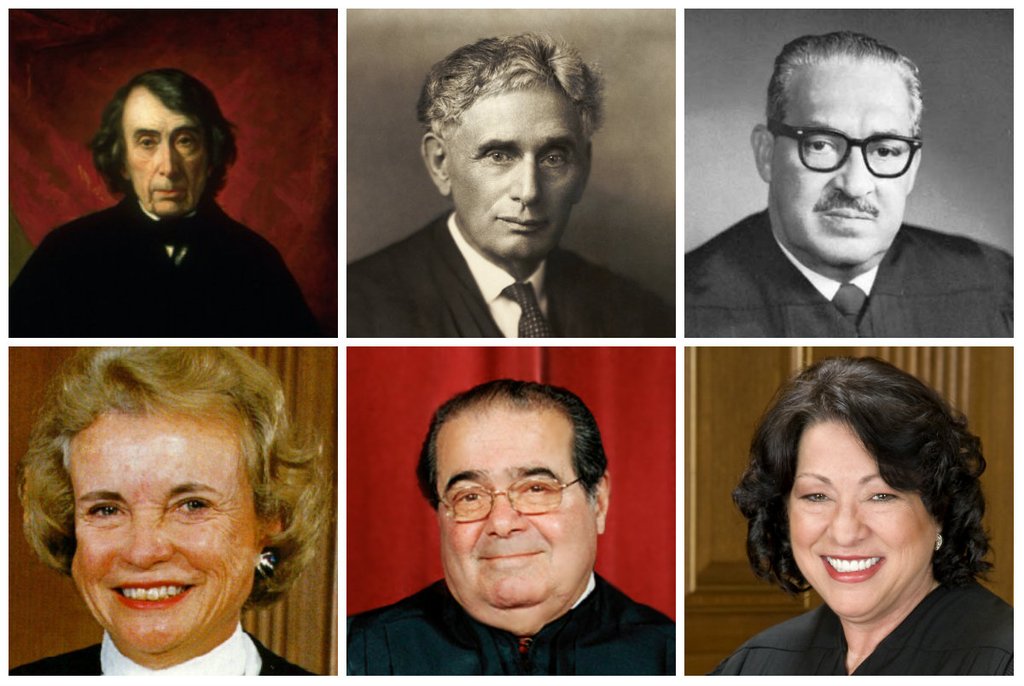 Review: ‘The Summer I Turned Pretty’ brings inclusive cast and complex themes to the screen

“To All the Boys” author and producer Jenny Han first announced plans for the TV adaptation of her second YA series, “The Summer I Turned Pretty,” in February 2021. Prior to the series’ debut on June 17, Han revealed that the show was already confirmed for a second...

How cybersecurity companies adapted through the years

Cybersecurity generates more attention than ever before due to the coronavirus with more users constantly surfing the web, which invites hackers to infiltrate individuals' or organizations’ private information. As these digital assaults popularize, it raises concerns...

Tucked away in the shadows of major cities are smaller communities, home to children who are just as ambitious as their peers from well-known areas. But how much of a difference does living in a different region really make? Growing up, we are surrounded by unique...

A day in the life of Coleman Crow

Baseball players choose to devote their time differently, some follow a strict routine and others are more relaxed. For Rocket City Trash Pandas pitcher, Coleman Crow, his schedule is based on a routine.  “I feel like if I knock everything off my checklist, I'm going...